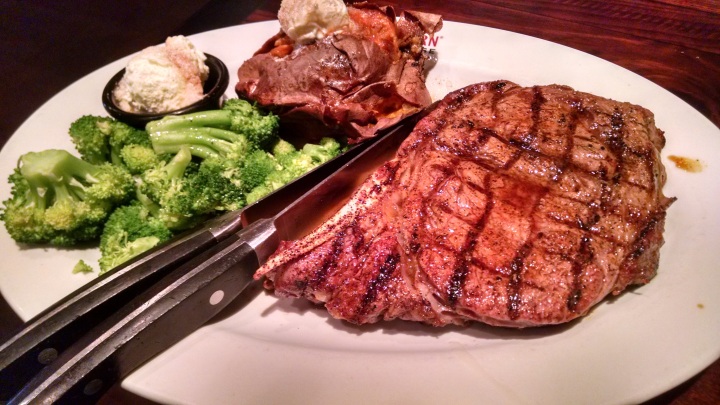 “Never before has a nation known so much about nutrition, yet eaten so poorly,” states Dina Rose in It’s Not About the Broccoli. But does America really know that much about nutrition in the 21st Century? When I was growing up in the 60s, American culture was hung up on self-psychoanalysis so we could have a more fulfilling life. There are still many self-help books and magazines available, particularly as they relate to wealth and career-advancement. Self-actualization, however, seemed to be the key to health and happiness in that day and age. The movement was called pop psychology, and it is still alive and well.

Now, it seems, that our obsession has turned from psychological well-being to diet and health. The dietary advice we receive today is NOT centered on classical nutrition. Rather, diet and health occupy a media space that I call pop nutrition. When I google ‘pop psychology’ I am directed to a Wikipedia article. Googling ‘pop nutrition’ sends me to a weight-loss site as well as sites on the nutritional composition of Tootsie Pops, pudding pops and soda. Here are some of the basic premises of pop nutrition and how they differ from what I call traditional nutrition.

Not all calories are equal. In fact, the concept of calories may no longer be relevant. Traditional nutrition holds that weight gain or loss is due to energy balance. If we consume more calories than we burn, we gain weight. If we burn more calories than we consume we lose weight. Pop nutrition suggests that it is not the calories we consume but the food we eat that makes a difference. Now we hear that plant-based foods, particularly fruits and vegetables, help us lose weight while meat, fast food and processed food put on the pounds. Most pop nutritionists tend to blame eating the wrong kinds of foods and not the lack of exercise for our growing obesity problem. I am not against fruits and vegetables, but I see no problem with the addition of animal-based solutions as part of a balanced diet.

Every food can be classified as either unhealthy or healthy. It would appear that there are no middle-of-the road foods, although there are some that are more unhealthy than others. For example, any fast food and any processed food high in added sugar should be avoided. All processed foods are bad, however, and all whole foods are good according to the pop nutritionists. Many canned vegetables as well as canned or frozen fruits not packed in syrup fall into the whole and not processed category. Then there are the superfoods which have special features that will help us overcome bad components of bad foods. Traditional nutrition recommends consumption of a balanced diet with an emphasis on whole foods such as fruits, vegetables and lean meats with limits on foods high in calories, salt, saturated fats and sugars. I contend that processed foods should be judged on the basis of their ingredients and not on how they were made.

Organic foods are safer, healthier and better for the environment than ones grown conventionally. Almost all pop nutritionists recommend that we choose organic products when given the opportunity. There is little or no evidence to support the nutritional superiority of organic foods to their nonorganic counterparts, however. Both organic and nonorganic crops are treated with toxic pesticides, but agricultural chemicals used by organic growers are much more restrictive than for nonorganic crops. Claims that organic practices lead to greater contamination with unsafe bacteria do not appear to be the case either.

Fruits and vegetables grown locally, harvested at peak nutrient value and consumed shortly after harvest are considered to be superior to those shipped across country and stored in warehouses to reach the consumer many days later whether they are organic or not. Evidence-based research indicates that organic practices can lead to less harm to the environment, but lower harvest yields for certain crops result in the need for more land to produce the same amount of a particular food.

Avoid processed foods because they contain much more sugar, salt and toxic chemicals than homemade foods. Junk foods are high in sugar, fat and or salt, BUT not all processed foods are junk, and not all junk foods are processed. Pies, cakes, cookies, candies, confections, chocolate products, chips and fries are all enticing foods that contain too much sugar, fat, and/or salt whether they are manufactured in a plant or made at home. At least for a processed food the amount of sugar, fat and salt is declared on the label. Most homemade snacks come from recipes found online do not provide an estimate of the amount of these undesirable food components. Added sugar is a major concern, but it is not well publicized that “approved” sugars such as honey, maple syrup, brown rice syrup and fruit juice concentrate are also considered to be added sugars.

No food is free of chemicals. They are the basic building blocks of all components of a food or beverage (considered to be a liquid food). The most widely consumed toxin in American diets is ethanol found in alcoholic beverages. Food additives are not the major contributors to cancer that they are believed to be as the liver is the organ in the body that removes toxins from our body. The only effective detox program for food chemicals is for ethanol. All other detox diets are highly restrictive in calories and induce ketosis, which is probably not a healthy practice.

Eggs, meats and dairy products are protein foods, but it is better to obtain protein from plants. Plant-based diets are fine, but few plant sources contain complete proteins which provide all of the essential amino acids. The mixing of grains and beans can provide the necessary mix of these amino acids, but vegans who also avoid grains may not be consuming sufficient protein. Not only do eggs, meats and dairy products provide high quality protein, they are rich sources of many vitamins and minerals. Supplementing plant-based diets with some animal products will help overcome the nutrient deficiencies that can result from a strict vegan diet. Having said that, most Americans consume excess amounts of animal-based foods which tend to be higher in fat and calories than is needed for a healthy, balanced diet.

Real foods are much better for us than foodlike substances. As one of my colleagues used to say, “That sounds real good when you say it real fast.” What is a real food. OK, I understand that a meal of lean chicken with broccoli, brown rice, and an apple is healthier than a snack of a Coke, a bag of potato chips, some Oreos and a Hershey bar. But wait. Was that chicken raised and slaughtered humanely? What happened to the fattier cuts of meat? Were the broccoli, brown rice and apple organic? Getting the food locally also makes it more real. Lest you think I exaggerate, I refer you to 100 Days of Real Food.

It strikes me as strange that plant-based milks and vegan burgers can be classified as real food, while snacks Americans have consumed for over a century can be described as foodlike substances. I think that my great grandmothers would not have recognized many of today’s popular items like sushi, chai, almond milk and soy burgers as real food (1). Why do we need to divide foods into real and not real rather than evaluating them on nutritional value?

Nutrients don’t matter. Foods matter. A growing trend is that we are coming into a post-nutritional era. Since no one gets scurvy anymore, the claim is that we are victimized by hype about the magical properties of products that are high in a specific vitamin or mineral. If one consumes only healthy foods and avoids unhealthy ones, then a healthy diet is guaranteed, or so it would seem. A new twist, however, is that the nutrients in a food are not a primary determinant as to whether a food is healthy or not. Rather, it is based on categories such as plant-based foods good unless contaminated with food additives and animal-based foods including eggs and dairy products bad. To believe anything else is to fall victim to nutritionism, which is roughly an overdependence on traditional nutrition which has been leading us astray. I believe that healthy diets are based on a wide variety of foods that collectively deliver a balance of essential nutrients.

Bottom line. It is so easy to blame ‘nutrition experts’ for dietary confusion. I do not. It is very difficult to develop clear-cut answers to complex issues. Individual studies do not provide the certainty we crave, but patterns emerge from a multitude of studies. Systematic reviews and meta-analyses can provide nuanced answers to complex problems. Nutritional research provides the patterns, and dietitians can serve as guides to developing practical strategies for healthy eating. It is the pop nutritionists through books and the internet who have overloaded our minds with conflicting information while ignoring traditional nutrition. We are told now to avoid processed food. How long will it be before we are told to ignore advice from a dietitian or a nutritionist?

Next week: Grading my parents on instilling healthy eating patterns.