Finally, a book that challenges directly some of the major premises of the food movement with respect to food, nutrition and health! In The Bad Food Bible Aaron Carroll provides an objective look at some of the major myths that permeate so many popular books. In many ways he provides a measuring stick on how to evaluate the latest book on food at the closest bookstore or local library. Unfortunately, a book with such promise finishes with a bitter ending! Here is my perspective on some of his key ideas in his own words in bold quotes.

“Health research is often misinterpreted, even when it’s solid.” Carroll cautions against single studies as noted earlier in this blog. Then he takes it a step further indicating that some studies are better than others. He proclaims Randomized Control Trials (RCTs) as the gold standard. Too many studies are based on observation and not true experimentation. As such, these results are not all that reliable, but observational studies are the ones that capture the attention of the press. He also tells us not to believe in anything from animal trials unless they have been confirmed in humans. Recall that most of the convincing results on the microbiome and health are based on animal studies. The author urges us to avoid accepting news articles on nutrition at face value and to evaluate them critically.

“The distinction between relative risk and absolute risk is hugely important when it comes to gauging health research.” Of all the misleading information we glean from articles on food and health, the confounding of relative and absolute risk may be at the top of the list. The distinction is easier to explain through examples than by strict definitions. A recent example is the news that we are 18% more likely to get colon cancer if we eat processed meat (bacon, ham, hot dogs, pepperoni, salami etc.). The 18% represents risk relative to people who don’t eat these items. Since our chance of getting colon cancer at all is 5%, our absolute risk may increase from 5-6% if we eat processed meats. The 18% sounds much scarier than the 1% increase from 5 to 6. That doesn’t mean that we should ignore the warnings and eat as much of these meat products as we can. It does mean that it is a good idea to put the warnings in proper context. Someone with a history of colon cancer in the family, for example, might want to be more cautious than someone with no relevant history.

Carroll does a very nice job of distinguishing between absolute and relative risk. For interested readers, I suggest a more detailed discussion of the issue in How Risky is It Really? by David Ropeik. He provides information on relative and absolute risks for many food and non-food products in this book. The lack of appreciation of the difference between absolute and relative risk is a source for conflicting information available in articles on food and health.

“Disagree with me if you want, but I think egg-white omelets are a crime against nature.” In this statement Carroll is stating his personal preference. I had never had an egg-white omelet, so I decided to try one. Not sure about the “crime against nature,” but I was not favorably impressed. Decent texture but lacking in appealing color and flavor. We both appear to emphasize the importance of in-the-stomach nutrition as opposed to on-the-plate nutrition. Many of us are not a fans of foods processed for people concerned about cholesterol consumption. One thing Big Food does not get credit for is trying to meet a specific need. It gets blasted for fat-free, no-sugar-added, low-calorie and other specialty products while also being criticized for products with too much fat, too much sugar and too  many calories.  In our consumer culture, however, a baseline demand is needed to provide for specialty products like those mentioned above. Other products including those labeled gluten-free, low-lactose and with other health-based claims need a broader clientele for them to appear on the shelves and meet real or perceived needs. 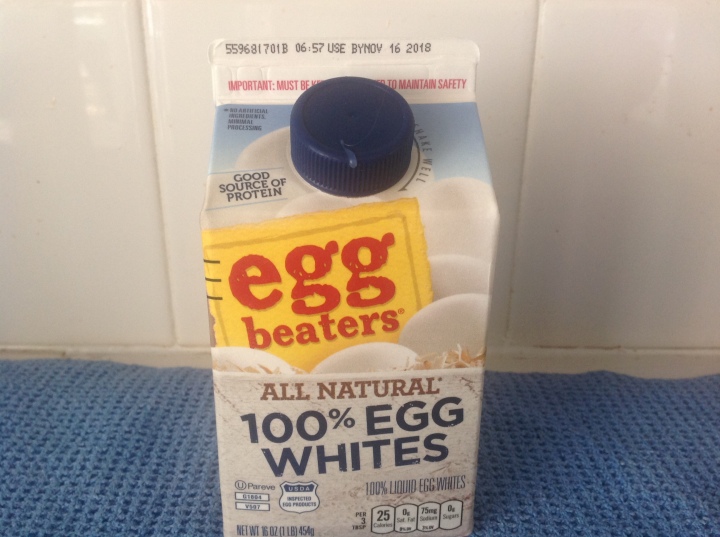 “The 2015 USDA Dietary Guidelines, for instance, continue to insist that Americans should be lowering their sodium intake, when the data seem to suggest that many of them might want to do the exact opposite.” Most nutritionists/ dietitians I know emphasize that the guidelines for sodium consumption are primarily for people who are salt sensitive. A large portion, but not a majority, of Americans are at risk from hypertension due to excess sodium consumption. Never, however, until I read The Bad Food Bible, have I heard that many of us should increase our sodium intake, but the author makes a compelling argument. As The Angry Chef and Andrea Boyar point out, few people pay any attention to the dietary guidelines except the pop nutritionists who like to condemn them. Carroll obviously doesn’t buy into the salt scare, but I think it is wise to be sensitive to the dangers of high-blood pressure. Anyone experiencing hypertension should seriously consider lowering salt in their diet, but the one-size-fits-all approach to sodium content of our diets seems to me be unwise.

“Health-wise and otherwise, GMOs are no better or worse than any other foods.” The Bad Food Bible is not afraid to take on the anti-GMO crowd. Carroll makes a very convincing case, at least in my mind, as to why we should not fall victim to the scare tactics we hear about GMOs. This topic has been covered on this blogsite previously, but it is refreshing to view another perspective. Throughout the book the author challenges conventional wisdom that condemns foods with little or no scientific evidence behind it. Note, he is not trying to glorify GMOs, just defending them from a health standpoint.

“Just because we call something a chemical doesn’t mean it’s inherently bad for us.” Amen. As indicated before on this site “Everything we put into our mouths is chemical.” An ingredient can be identified on a food label either with its common name or its chemical name. If it doesn’t have a common name, it must be listed by its chemical name. Big Food can’t just devise a “common name” to slap on the label. The problem is that ingredients with a common name have a distinct advantage over ones that do not. Perceived safety of an ingredient appears to be related to our ability to pronounce it rather than to its chemical properties. For example, beverage chemicals trimethylpurine dione (caffeine) and ethanol (drinking alcohol) pose more danger than artificial sweeteners or MSG at the levels that they are consumed. Despite the dire warnings we hear about the chemicals in processed foods in books like Badditives, the chemical complexity of whole foods is much greater as described in The Dorito Effect. Oh, and don’t fall for the designation that all chemicals are bad and all molecules are good as commonly portrayed in the media.

“If I have to choose between diet drinks and those with added sugar, I’ll go with the diet.” Carroll is not a fan of sugar. He does not as far as to buy the contention of many popular food writers that added sugar is an imminent threat to American health. He indicates, however, that there is a correlation between the two but that causation has not been established. Just the same, to be on the safe side, he urges us to carefully watch our sugar consumption. The book suggests that it would be better not to drink sodas, but for those who do, artificial sweeteners are OK and definitely better than added sugars. High-fructose corn syrup is an added sugar that we can do without, he suggests, but it doesn’t appear to any worse than other added sugars. The author on the whole does not demonize food additives, whether they can easily be pronounced or not. He actually defends such controversial ones as MSG and azodicarbonamide (the yoga-mat chemical).

A bitter aftertaste. After enjoying such a promising treat based on solid scientific principles, I was bitterly disappointed with the final twelve pages in the text titled “Conclusion.” When I taught a course in “Food Research and the Scientific Method” I instructed my students to make sure that the conclusion of a scientific manuscript accurately reflects its substance. Unfortunately, Carroll does not follow these guidelines. He concludes this clear concise book with Aaron’s Rules for Healthy Eating. At least five of these nine rules tell his readers to avoid processed food! There were a few hints along the way that he might have a bias against processed food—particularly when it came to egg-white omelets. His rules, however, vitiate most of the main points he made in The Bad Food Bible. He would have been much more true to the principles he espouses in the book if he had stopped at page 186. The climax was a major disappointment.

Specifically, my questions for Dr. Carroll include:

Again, I reiterate, not all processed foods are junk and not all junk foods are processed. I expected an author with such a solid grasp about the modern mythology of foods could move away from the bandwagon of avoiding processed food.

Next week: Canned revisited—a dialog between the author and the blogger

4 thoughts on “The Bad Food Bible: How and Why to Eat Sinfully”