In November I focused the attention of this site on genetic modification of foods. I asked a colleague and the foremost defender of GMOs, Dr. Wayne Parrott, to write a guest post for the website. The stresses of teaching and other duties at the university precluded an article in November, but he was able to send me this article over Christmas break. I am pleased to begin the new year with his contribution. I hope that you enjoy it as much as I did.

One day while walking home some 60 years ago, my uncle was approached by a street vendor, who explained that a fine boy like him could surely use a wrist watch.  He proceeded to show him his assortment of watches.  “Why are they so pricey?” asked my uncle.  “Because these have no jewels, unlike the ones the stores sell,” replied the salesman.   The explanation was good enough for my uncle, who went home, found his savings, and went back for the watch.  The excited boy then ran home to show off his purchase, “And I was even able to get one without jewels,” he bragged.

Consumers who still appreciate a fine mechanical watch over a digital version are undoubtedly familiar with the concept of jewels- namely bearings made out of ruby—that improve the function and longevity of watches.  And, as this ad from 1933 attests, the more jewels used in a watch, the greater its price.  Jewels make for a fine watch. 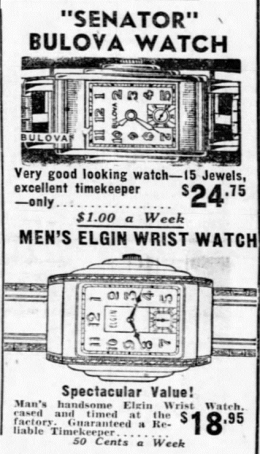 As my uncle’s misadventure shows, marketers have learned to never underestimate the power of claiming superiority due to the absence of something.  Nowhere is this trend more evident today than in the popularity of ‘-free’ labels, which have skyrocketed in the food industry.  Food singled out by its lack of given ingredients (artificial dyes, transfats, gluten, high fructose corn syrup, added sugars, preservatives, etc) are eagerly snatched up by consumers.  Most do so out of a conviction that these are healthier products.  A small number of these consumers even like to feel smug about it.  We’ve all met someone like that at one time or another.

Perhaps the most popular ‘-free’ label today is the GMO-free or non-GMO label.  However, are GMO-free products truly superior, or are they marketing ploys like a jewel-free watch?  Consider these questions:

Returning to my uncle’s watch, more than sixty years later, the rest of family has not let my uncle forget his misadventure, and retell the tale at all family gatherings.  The tale is retold with particularly glee if the youngest generation is present, thus ensuring that they can retell the tale to future generations.  Sixty years from now, will people make fun of today’s aversion to GMOs?  I sure hope so.  So, the next time you see a non-GMO label, do not fall for the marketing ploy.  Like watches without jewels, being free from something does not automatically mean “better.”

Dr. Wayne Parrott is a Professor of Crop and Soil Science at the University of Georgia. His lab research focuses on molecular breeding with an emphasis on soybeans, switchgrass and white clover. He is a member of the university’s Institute of Plant Breeding, Genetics and Genomics. Wayne was recently recognized as a Fellow of the American Association for the Advancement of Science. He was selected for this prestigious award “for distinguished contributions to the development and implementation of plant transformation technologies and to the discussions of the science and regulatory processes associated with genetically modified organisms.” Perhaps no one in the world has been a more ardent defender of and advocate for genetically modifying agricultural crops for a more bountiful, nutritious and sustainable food supply.

Next week:  Let Them Eat Dirt: Saving Your Child from an Oversanitized World 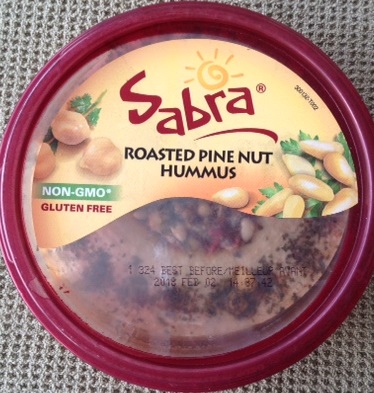 2 thoughts on “Beware of bejeweled watches (and GMO labels)”