Malnutrition, as defined by the World Health Organization (WHO), includes undernutrition, vitamin/mineral deficiencies, and overweight/obesity.  While many developed countries face a malnutrition problem related to obesity, developing countries still battle with undernutrition.  Globally in 2020, approximately 194 million children 5 years old or younger suffered from moderate to severe undernutrition, resulting in ~50% of child deaths.   In West and Central Africa in 2020, more than 15 million cases of severe undernutrition in children under five, representing approximately one-third of the most severe cases, were expected (UNICEF).  Children, however, are not the only ones vulnerable to undernutrition, as pregnant and breastfeeding women are also highly vulnerable.

While this is a potentially deadly condition, moderate to severe undernutrition is treatable.

It is a pleasure to welcome Allison Bechman as a guest blogger this week. I had the opportunity to serve on Allison’s dissertation committee at the University of Georgia. I was intrigued by her doctoral research project as it had real-world applications in reducing malnutrition in developing countries. Not all solutions to hunger in Africa require adoption of GMOs. A simple but effective means of decreasing severe undernutrition can be accomplished by fortifying culturally acceptable foods made from local ingredients and processed locally. In the interest of full disclosure, Allsion is a rival in our Fantasy Football League. Her team beat mine by two touchdowns earlier in the season!–RLS

The big question—how do you treat a condition that requires a high intake of nutrients and calories in countries where food insecurity is high?  The answer: RUTFs, or Ready-to-Use Therapeutic Foods.  What are RUTFs you might ask.  Simply defined, they are foods that are shelf-stable requiring no refrigeration, have a long shelf life, and nutrient dense.  The most common RUTF might surprise you—a peanut paste mixed with powdered milk, sugar, oil, and a vitamin/mineral premix, essentially a fortified peanut butter.  Even more surprising?  The introduction of this RUTF in Africa in the early 2000’s revolutionized the treatment of moderate to severe undernutrition.

How does a fortified peanut butter change the game in treating undernutrition?  This is the exact question I had when I started researching this topic during graduate school.  I quickly learned that to answer this question, it is important to first look at what the previous treatment was and the issues that were solved with RUTFs.

The previous treatment for those suffering from severe undernutrition—frequent feedings of a reconstituted powdered milk with added vitamins and minerals.  This formula had to be mixed with sterile water and then used immediately after preparing to prevent contamination and further illness to the patient.  Due to the high risk of contamination of the milk once prepared, hospitalization was required, often for at least 2 weeks.  Hospitalization in most countries in Africa requires a caregiver to stay with the patient and help with the frequent feedings.

The combination of the milk needing to be prepared in a certain way and a caregiver needed at the hospital created many issues that led to many people not being treated.  The main issue: the caregiver being at the hospital for an extended time took them away from their responsibilities at home.  In most cases, the caregiver, often the patient’s mother, had several children at home that could not be left alone.  The outcome?  Many suffering from severe undernutrition were not treated because the burdens created for the caregiver were too great.

For years, researchers were looking for a better option that would allow for treatment of undernutrition at home.  Enter the fortified peanut butter RUTF.  What is so special about a fortified peanut butter you ask?  The RUTF has 3 properties that gave it an advantage: it is pre-made, does not require refrigeration, even after opening, and delivers the nutrition needed in a tasty way.

This RUTF was brought to life by a French nutritionist in 1996, with the goal being to develop a treatment option that would reduce the need for hospitalization.  Once created, the efficacy of the RUTF in treating moderate to severe nutrition had to be proven through clinical trials.  The first clinical trials with RUTFs were completed in 2001 in Malawi, with promising results.  Through these trials, researchers discovered that patients recovered more quickly using the fortified peanut butter at home, suggesting a potential breakthrough in treating undernutrition.   As more studies were conducted, research continued to show that patients often recovered faster and were less likely to have severe undernutrition again.

Today, the fortified peanut butter RUTF is used globally in the treatment of moderate to severe undernutrition.   While hospitalization is still needed for some who are suffering from complications related to severe undernutrition, many are treated at home using the RUTF.  After being evaluated by a doctor, the RUTF is “prescribed” for the patient, with instructions to consume a certain number of packets per day.  After eating the RUTF for a certain amount of time, the patient is evaluated again by a doctor to determine if further treatment is needed or if the person has recovered.

Severe undernutrition continues to be an issue that faces many in poor, developing areas of the world.  With many people facing food insecurity, this condition will not be eliminated.  In a world where clean labels and minimally processed foods are hot trend, a simple, processed, fortified peanut butter has saved the lives of many. 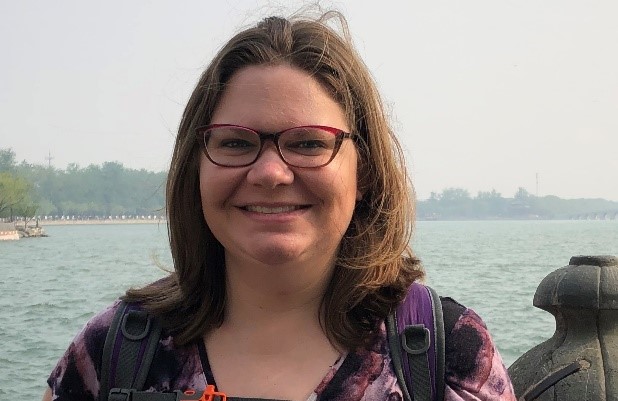 Allison is an Indiana native now living in Georgia.  She has her bachelor’s degree in Food Science from Purdue University and her PhD in Food Science from the University of Georgia.  The focus of her doctoral research was developing peanut-based RUTFs for pregnant women using local ingredients, with Mali as a model. Allison has been working in the food and beverage industry for the past 8 years as a sensory and consumer research scientist.  In her current role, she is focused on understanding how consumers use dairy foods and beverages and providing strategic insights to guide innovation.

Next week: Franchise: The Golden Arches in Black America

5 thoughts on “Overcoming severe undernutrition in Africa with a fortified, processed food by Allison Bechman”