I am pleased to introduce another of my former students as a guest columnist. I taught Jordan in Food Chemistry and served as his academic advisor. He had strong opinions on various aspects of food science which may be why we were able to get along so well. He reviewed the chapter on food safety in my book In Defense of Processed Food and made some very useful comments. Jordan also thought that I was not strong enough in my defense of processed food which led me to subtitle the book It’s Not Nearly as Bad as You Think. For some time, he has been encouraging me to tackle the subject of GMOs. I invited him to provide his perspective as a food scientist in the industry on the topic.

For millennia, farmers have known that cross breeding plants and animals could favor certain desirable traits.   Native Americans selected corn varieties that adapted well to rocky soils.  Cowboys selected and bred working dogs that showed superior herding skills.  Without even realizing it, mankind has been manipulating the genetics of plants and animals to make them more useful.  One of the best-known examples of selective breeding is that of dwarf wheat by Nobel Peace Prize winner, Norman Borlaug.  When Borlaug arrived in 1944, Mexico was struggling to produce enough wheat to feed its people.  The crop yields were regularly reduced or wiped out by rust disease.  After 13 years of cross-breeding plants, Borlaug and his team had developed a strain of wheat that increased yield and was resistant to rust.  However, the stalks were too thin to support the heavy heads of grain.  The solution was found in a Japanese dwarf strain — these stalks were shorter and thicker — and Borlaug quickly cross-bred this strain with the strain that he had adapted for Mexico.  The result was astonishing.  By 1956, Mexico was producing enough wheat to be self-sufficient.  Over the next several decades, Borlaug’s technology was adapted to other grains and spread to Africa and Asia, the result of which earns him the credit of “sav[ing] more lives than any other person who has ever lived.”

At its most basic, genetic engineering is a modern form of breeding. Through the use of the scientific method, we are now able to be much more precise in how we select for the traits we desire.  A trait is merely the phenotypical (or physical) expression of genes; in other words, the gene is the “instruction guide” to making a trait.  Through the addition of certain genes, whether by cross-breeding or by other means of insertion, we are able to achieve the desired trait.  Conventional as well as organic crops have all been genetically modified through selective breeding.  Bioengineered products have been around for longer than most people realize.

The term we use to describe these products is “genetically modified organism” or “GMO” for short.  It’s a simple descriptor, really.  But unfortunately, this terminology has been hijacked and has become a lightning rod and scapegoat for all sorts of both real and perceived ills of the food safety system.  Opponents of the technology have peddled a scary connotation — just say the words “genetic engineering” and see how most people react — to stir up controversy and doubt.  While they may have good intentions about health, they are misguided about the science.  Many people confound the term GMO with increased use of pesticides and chemicals, unethical business practices, patent abuse, obesity, autism, and Frankenstein plants and animals — confusion and misinformation abound.  GMOs get a bad rap, and it’s not deserved.

Remember, genetic engineering is itself a set of breeding methods. Knowing if a food or ingredient is “GMO” doesn’t tell consumers anything about its nutritional profile, whether or not the plant is patented, how it was farmed, its environmental impact, or any other substantive information.  Under the guise of “right to know,” several states have recently taken up ballot initiatives to require GMO labeling on food products.  The problem isn’t that consumers don’t have a “right to know,” but rather the right to know “what?”  Without the proper public education based in scientific fact, the labeling of GMOs stands to cause unnecessary fear of a safe product.  Should we label foods “processed with dihydrogen monoxide” just because we’ve washed them with water?

I have a friend who used to work for a fruit processing company.  One of their many products was a sweetened strawberry puree.  In order to comply with Vermont label law, they had to label the product as “GMO” because the sucrose (table sugar) they used was derived from sugar beets that were genetically engineered.  Now, if you think back to high school chemistry, you remember that sucrose is an organic (meaning “containing carbon,” not the colloquial use as in “organic farming”) crystal structure, with the formula C12H22O11.  In the technical sense, it is a chemical.  It is not alive.  It does not contain any genetic material, and therefore cannot be considered genetically modified.  Because the customer of the puree did not want to have a GMO label, they insisted on using cane sugar, which was much more expensive.  And of course, the customer did not want to pay the difference.  This is an example of policy being driven by lack of scientific understanding of the issue.

More recently, a federal GMO labeling law was passed, but the FDA has two years to write the rules.  There will be a number of ways manufacturers will be able to comply with the law: using a yet-to-be-designed symbol, words on the packaging, a 1-800 number, or a QR code that takes the consumer to a website for more information.  Just as the variations of expiration dates (best by, use by, best if used by) cause confusion in the marketplace, I anticipate this law will only lead to unnecessary uncertainty, anxiety, and fear.  I’m all for consumer choice, but those choices should be made on the basis of sound science.  Additionally, if manufacturers are forced to prove their products GMO free by means of expensive laboratory testing, that cost may very well be passed along to consumers. Again, if the customer is willing to pay, more power to them. We’ll have to wait and see how the regulations play out. 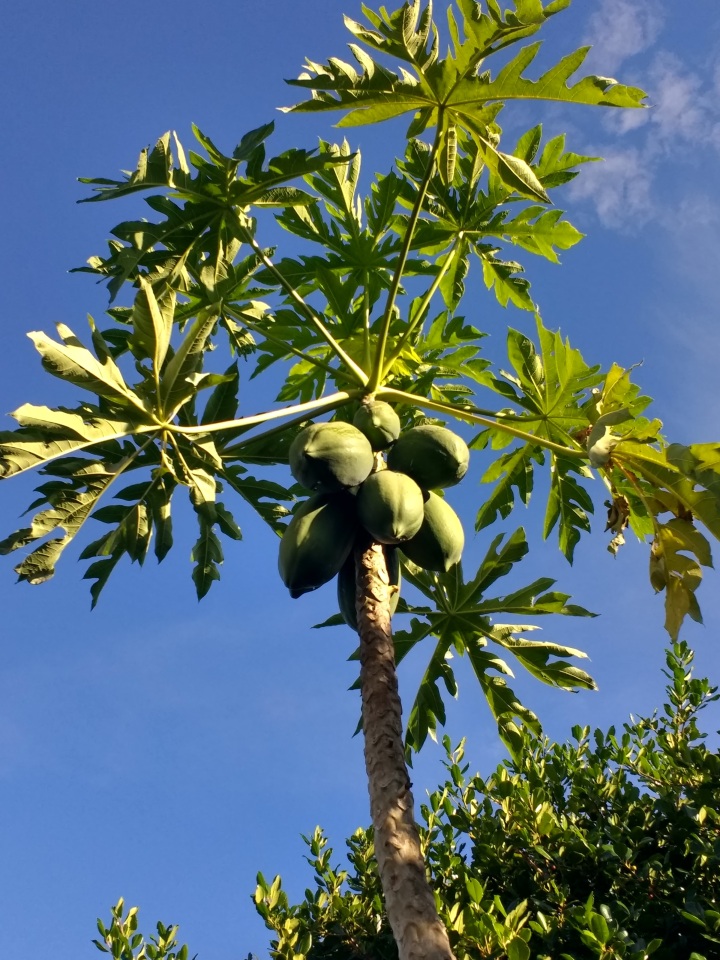 Many people automatically think of Monsanto and “RoundUp Ready” corn and soybeans when they hear the word GMO, but the public’s understanding of genetic engineering should not be limited to one type of product from one company.  Genetic engineering is much more than that.   For example, it wasn’t that long ago that the Hawaiian papaya industry was nearly wiped out due to the spread of the ringspot virus.  Nothing stopped the spread — not physical barriers, not pesticides, not organic farming — and after three years, nearly all the trees were dead. Through genetic modification, scientists were able to immunize the papaya trees against the virus. This GMO had nothing to do with the application of chemicals.  Another example:  Citrus Greening is a bacterial disease that is ravaging the U.S. orange industry — killing nearly half of our orange trees.  Once a tree is infected, there is no chemical to cure it.  A genetic modification is in the works right now to render the disease obsolete.  People may have disagreements with a company’s business practices, but their problem shouldn’t be with the GMO.

Based on results of nearly 2,000 experiments over 30 years of testing every GMO item on the market, the foremost scientific bodies in the U.S. and around the world have said “all criticisms against GMOs can be largely rejected on strictly scientific criteria.”  The National Academy of Sciences says “to date, no adverse health effects attributed to genetic engineering have been documented in the human population.” The scientific consensus is clear — GMOs are safe to eat and safe for the environment.

The world today has 7.6 billion people.  That number is expected to balloon to 11.2 billion by the year 2100.  If we are going to be able to feed our population, we have to protect our crops and increase yields by using every safe tool at our disposal — just like Norman Borlaug did over a half century ago.  Drought-tolerant rice will become necessary as droughts last longer and become more extreme.  Vitamin A-enriched golden rice has been proposed as a way to fight childhood blindness in developing countries.  As mentioned above, crops are being protected from devastating diseases.  We owe it to ourselves to separate scientific fact from science fiction and to rise above junk pseudo-science that people use to scare us and sow division.  As Neil de Grasse Tyson says, “the survival of our species has always depended on advances in food and agriculture.”  Food scientists around the world are working hard every day to keep our foods safe and plentiful — genetic engineering is an exciting tool that we now have in our toolkit to do just that.

Jordan Shaw is a food safety professional with more than 10 years of experience in food microbiology and chemistry laboratory testing. He earned a bachelor’s degree in Food Science and Technology from the University of Georgia and is currently pursuing a Masters of Business Administration at the University of Iowa.  He is currently a food safety manager at a large food distribution company where he is responsible for ensuring compliance with food safety regulations.  Jordan has also provided audit support and microbiological contamination resolution to food manufacturers across the Midwest and southern United States.

Note: A prominent molecular biologist has agreed to provide his perspective on GMOs for this site. Unfortunately, unexpected assignments landed on his desk, and he was not able to get his contribution to me now. I hope that he will be able to provide me with a column by the end of the year to appear on this site.

Next week: A review of Flavor by Bob Holmes AND my recommendations for holiday book gifts

Your guide to caffeine, energy drinks, and beating burnout.