Taxes on unhealthy foods are the preferred vehicles of some groups seeking a healthier, leaner America. The campaign against Big Food resembles previous fights against Big Tobacco and Big Alcohol. While taxing tobacco products has helped lower numbers of smokers, taxes on alcohol have not been as effective on drinkers. Taxes are only likely to have an effect on soda or sugar consumption, however, if they are passed on to the consumer rather than being absorbed by the manufacturer AND set high enough to hurt. For example a 20% tax on chocolate and sweets is in effect in France. 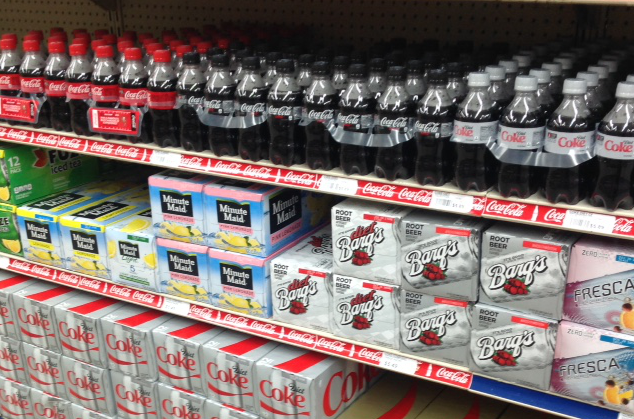 Recently Philadelphia levied a tax on sodas and similar beverages. The amount of the tax runs about 1.5 cents an ounce, which doesn’t sound like that much. Such a tax, however would increase the price of a 12-ounce can in a vending machine by 18 cents, a 2-liter bottle by $1.02 and a 6-pack of 20-ounce bottles or a refrigerator pack of 12-ounce cans by $1.80. By rough calculation, that action will amount to a 30-50% tax on sodas above and beyond sales taxes. A tax this high will have an impact on soda sales in the Philadelphia area. At least some of the tax can be absorbed by Big Soda who has many ways to make up the difference through discounting, marketing and stealthily raising the prices over time while seeking to eliminate smaller, local competitors from the market. Mexico levied a tax on sugared soda two years ago. It apparently worked initially to lower soda purchase and consumption, but more recent numbers suggests that its impact is fading. The Philadelphia tax is much higher, however, than the Mexican one. Sugar added to coffee by baristas or consumers will not be taxed in Philadelphia suggesting that the burden of this tax will fall disproportionately on inner-city residents. We will have to wait to see how many Philadelphians travel outside the city jurisdiction to save money for their soda fix and if a black market develops in the certain neighborhoods much like those for cigarettes and CDs in other urban communities. In addition, we may see a backlash against politicians who supported the tax.

The Philadelphia law, however, does not go after sugar specifically. Rather it goes after all sodas, with or without sugar, including those sweetened with stevia. The case against sugar-sweetened beverages is clear, but the one against diet drinks is not as straight-forward. Diet sodas provide weight watchers with lower-calorie alternatives and diabetics with sweet drinks that are not supposed to affect blood sugar. News reports have suggested that artificial sweeteners are just as likely as added or natural sugar to raise blood sugar, a biochemically improbable event. An Israeli study published in Nature (10/9/2014 on pages 161-166) was limited to seven, human subjects and has not yet been substantiated. More research in this area is needed to learn if diet sodas are really as dangerous as some pundits suggest, but the campaign against soda appears to be one aimed at a specific product rather than the specific ingredient that could be presenting a health hazard. The inclusion of diet sodas was apparently not health related, however. Diet drinks were included when the tax was reduced from 3 to 1.5 cents per ounce. It appears that the compromise was more about raising revenues than about reducing obesity.

As a person who carefully limits my sugar consumption and avoids sugared beverages, I would be affected by a tax like the one in Philadelphia. Would I stop buying soda if a tax were imposed? Probably not. Would I cut back on my 3-4, 12-ounce-can-a-day habit if taxed? Probably, by consuming less soda and more water. Would I load up on diet soda when I travel to places that don’t have the tax in place? Absolutely! Would I vote for or against local lawmakers who raised taxes on sodas in my town, county or even state? Of course not, as there are many more serious issues for me than a tax on sodas, with or without sugar.

Next week: Hold the sugar